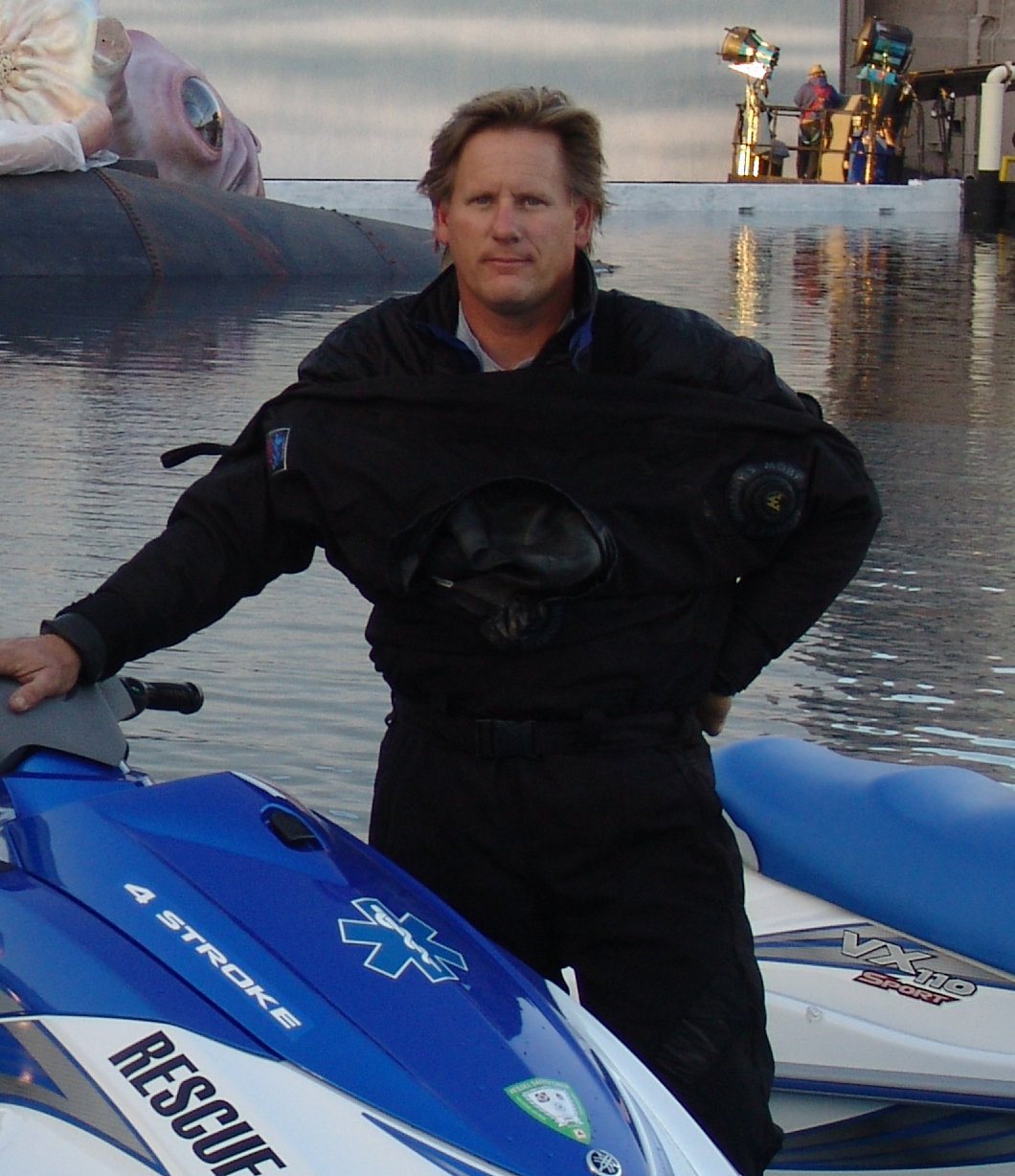 Owner of CINEMA SAFETY & MARINE SERVICES, Inc. is no stranger to the film industry.

William was born in Burbank, CA and grew up in North Hollywood in a house that overlooked Universal Studios. William would often follow a now defunct trail from his backyard down a hill to an area which today stands the War of the Worlds plane crash set.

Back then most folks on the lot figured William was a relative of an employee there since they saw him almost every day. Being on the lot daily, he was able to see a great many features and TV shows being filmed both on stage and in the backlot.

Later, after high school, William was employed by an automobile wholesaler who supplied the background and Special FX vehicles used on “CHiP’s” “The Fall Guy” and “The A-Team”. These vehicles were usually blown up, rolled over, pushed off a cliff, or any number of other grisly demises the writers could think up.

Taking a hiatus from the industry, William used the time to become a LA County EMT-D, a Commercial Diver and Master Scuba Diving Instructor. In 1993 William decided the time was right to get back into it. After a few years working on Film & TV, he had an idea to create a business that encompassed a number of different services and equipment. In 1996, he started CINEMA SAFETY & MARINE SERVICES, a “One Stop Shop” for a variety of different services and equipment.

Incorporated in 2001, CINEMA SAFETY & MARINE SERVICES, Inc. has provided on set medical, marine and underwater services and equipment for innumerable productions. William continues to strive to be the best he can be, providing a top notch operation to any project.